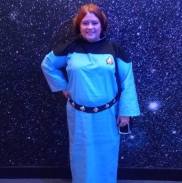 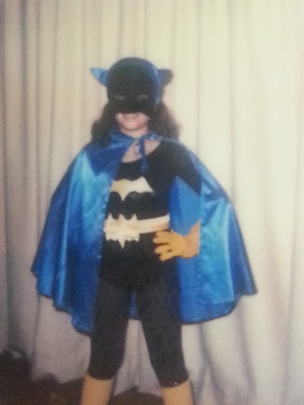 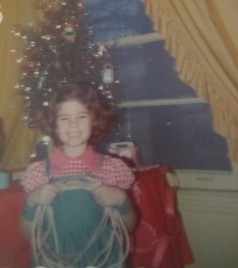 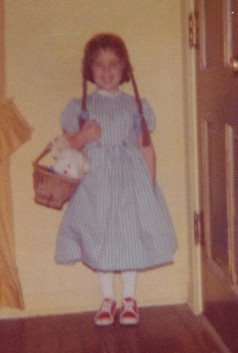 I have been working on this piece for over a year now, adding to it, reviewing it, and editing it until I was finally happy enough to add it today in this month of gratitude and thanks.  I hope you enjoy!!

Growing up as a child in the 1970s, many toys were offered to girls such as Barbies, baby dolls, and Easy Bake ovens.  The Barbies were all blonde, and the baby dolls were all blonde.  I can remember seeing actresses on TV on different shows I would watch who were blond: Farah Fawcett, Suzanne Somers, and Cheryl Ladd, just to name a few; additionally, I would watch old movies with my mother where iconic blonde actresses would be on the big screen: Doris Day, Betty Grable, and Marilyn Monroe. The list could go on and on.  For me at such a young age, there was nothing wrong with blonde hair, except that I was brunette and the toys and the women who I saw in entertainment were all blonde.  There were brunette actresses, but the blonde actresses became more of the focus of whom were the starlets.  Once I heard the phrase, “blondes have more fun,” I was convinced I needed to change my hair color (I had no idea what that phrase meant then), ridiculously at the age of 6.  My mother put lemon juice in my hair, I’m sure now to appease me, and let me go out in the sun for several hours where I would come in and my hair would be lighter.  It was shinier, and it seemed “blonder,” so I was somewhat satisfied.  My rational and deductive reasoning at this young age was that if toys were blond, popular actresses were blond; therefore, I needed to be blonde.

I also loved superheroes! In 1976 for Halloween, when I was 5, I went as Wonder Woman in one of those store-bought plastic costumes that tied in the back with a mask.  The Wonder Woman TV show debuted in November 1975 and I loved it.  This gave me a role model to look up to whom I could relate with because she was a brunette.  Lynda Carter portrayed Wonder Woman in a way that gave me hope to become a strong woman who could do anything.  This led me to pretend to be other superheroes for Halloween in consecutive years such as Supergirl (even though she was blond, I portrayed her as a brunette) and Dorothy Gale (to me she was a superhero).  The next year in third grade, I knew I wanted to be something even more amazing, which I will describe in a moment.   Jumping to the fourth grade, I was Batgirl.

After my first Halloween where I went trick or treating as Wonder Woman, my mother handmade all my costumes for me.  She always made everything with love and fidelity just so the costume was as authentic as it needed to be.  I pondered what I wanted to be in the fall of 1979 and it hit me…a memory so strong and “force”ful brought me to my decision.  I thought back to May 25, 1977 when Star Wars came out in theaters.  I didn’t get to go the day it was released, but I will never forget sitting in that theater and seeing it for the first time as “those words” ascended the screen (I went back to the theater and saw it 3 more times: that’s what we did back then before movie prices skyrocketed).  I had to be Princess Leia: she was strong, caring, smart, and the best part, she was part of sci-fi.  She was a hero of mine and I knew I wanted to fictionally become her in costume, but also represent her qualities in life.  Carrie Fisher portrayed her perfectly, and for that, I thank her.  She gave us a super hero young girls could look up to for many positive reasons since Lynda Carter’s portrayal of Wonder Woman.

In my youth, unfortunately, that was the only Halloween I was sick, strep throat that is, and I ended up dressed in my costume passing out candy to other kids (don’t worry, no fever that night).  Don’t get me wrong, I had fun, but I am pretty sure that is why I don’t have a picture from that year (My hair was short, so I had to wear a brown headband with yarn-covered sponges on my head for the buns my mother made – they looked awesome – and I still have them).  The nice part was that I felt better and was able to wear that costume the following Friday to a Halloween party where I won a best costume prize (the prize really should have gone to my mother).  From Wonder Woman and Princess Leia, it seemed that the tide was turning and now brunettes were making a comeback.  Around first grade, my parents bought me a Lt. Uhura doll (being a Starfleet officer for Halloween as a child would have been great.  Unfortunately, I didn’t get that chance until adulthood) that I loved. My first brunette Barbie was in 1978 with Fashion Photo PJ and I could not be happier.  I realized at a young age that many people look up to and think of heroes who look like themselves.  I was already a very nerdy, sci-fi, super hero, all things creepy loving kind of child, so I didn’t really get picked on very often, but I was different.  Fortunately for me, I was who I was, and I was not going to conform.  Having these heroes gave me empowerment, mixed with my father telling me I could do anything, to be me and go after whatever I wanted in life.

I am empowered today for many reasons.  I learned many years ago, it doesn’t matter what color your hair is, what your height is, what your weight is, what matters is who you are inside and what you do with your intelligence, your skills, and your talents for others.  I am extremely happy my parents also helped me to realize at a young age not to care what others think of you because it helped me be me, which is a hard lesson for many to realize.  Ironically, my chestnut curly locks are a thing of the past.  I am now blond due to the natural changing silver and white hints creeping up through my roots where I feel the need to blend them with honey tresses, still clinging to my youth for a few more years.  Princess Leia, thank you for giving me the reassurance to be strong, to be persistent, and to be motivated to go for everything in life I have wanted.  The buns of empowerment are still strong with you…you will be truly missed.